Detecting a virus on your computer and how to remove it 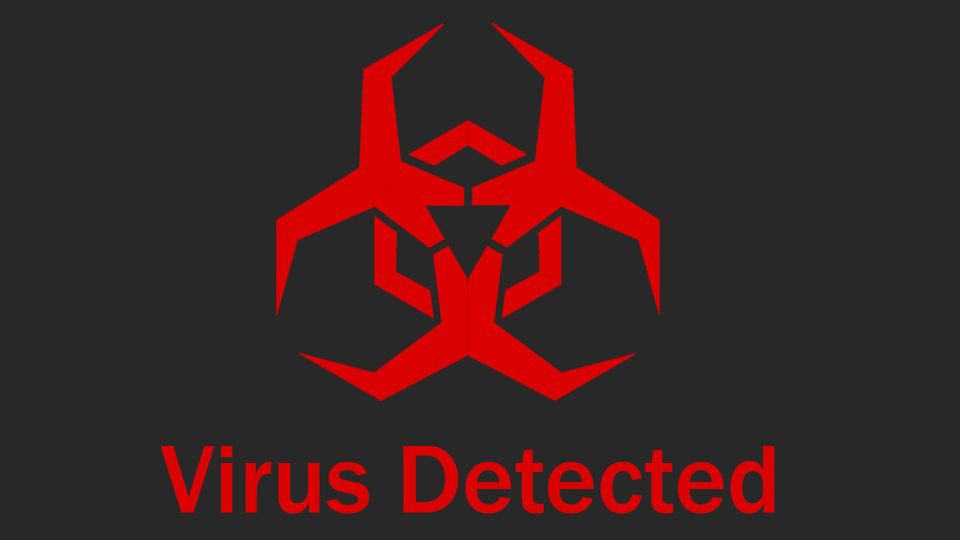 How to detect a virus on your computer and how to get rid of it, as well as the consequences of its presence? We will consider these issues right now.

The virus can be detected by various criteria and now I will give two main methods.

Without the participation of antiviruses
The virus can be detected by the inability to run programs, shutdown and inability to run the antivirus, processor overload or disk overload, etc.
If everything was fine while you were working at your computer, but after opening a file or downloading an application the computer began to work worse most likely your PC was infected with a virus. For example, the work of your Internet browser has become worse or when you open a link you are thrown to some advertising site or the browser simply refuses to load pages all this may be evidence that the computer is infected with a virus.
Detection by antivirus/firewall
Sometimes the presence of a virus on a computer can be very unnoticeable for example a miner-type virus can use the resources of your PC, but stop every time you decide to check the task manager. Thus, it will be impossible to detect it without the participation of antivirus programs and you will think that the system itself is simply outdated and needs to be updated. To make viruses of this kind easy to find, various kinds of scanners and antiviruses are used.

During the scan the antivirus can detect threats of various levels and will give you a warning about the need to take action and remove this virus, as well as about the need to restart the computer after the scan is completed. It is best to agree with these steps in order not to lose personal data or damage the computer system even more due to inaction.

What are viruses dangerous for?

Viruses on your computer are dangerous according to various criteria, you can find more details at the link

Here I will list just a few of the main reasons why viruses are dangerous and should be eliminated immediately.
1. Identity theft
2. Damage to computer parts
3. Sending spam

These are some of the main points that threaten you in case of infection with viruses.

How can I get rid of viruses?

Once you have detected a virus on your personal computer, it should be removed immediately, and there are several ways to do this, and we will consider from the simplest to the most extreme.

The first way
To remove the virus, you can simply trace in the task manager where the virus is located and delete the executable file. This type of virus removal is not very good because some system damage may remain, but this is the easiest way to remove it. It is also worth noting that in this way you can remove only the simplest viruses and most often these are files of the type .exe more advanced viruses you will not be able to track in the task manager, and they can hide in the system files.

The second way
The second way to remove the virus can be called an antivirus scan.
Antiviruses are divided into two types below you can familiarize yourself with each of them and find out their pros and cons.

Antiviruses are divided into the following types: Real-time mode or on-demand scanning.

Real-time mode - This type of antivirus is good because it protects the system in real time and often does not allow you to go to suspicious sites or download infected files. Such an antivirus should be used on an ongoing basis so as not to put yourself and your system at risk.
The disadvantage of this type of antivirus is the constant load of the system due to the eternal scanning or updating of the database.

On-demand scanning - This type of antivirus checks the system only at the user's request. this type of antivirus is useful for those who do not want to load the system all the time by using real-time protection, but the big disadvantage is the likelihood of infecting the computer and the subsequent inability to use the program because the virus will block its launch.

An important caveat is that some viruses can disable your antivirus and make it impossible to run it, which will make it impossible to remove the virus. However, do not worry because this problem can be solved by running OS in safe mode (the mode when only the main programs are loaded). In this mode, all installed background programs will not be started, and you can also use this mode without access to the Internet and then there is a chance of launching an antivirus program and checking the system for the presence of a virus in it.

The third way
You can call it one of the extreme methods, but it's not so bad. This method consists in restoring the system of its previous form, which was at the time of archiving. In order for this method to be available to you, it is necessary to archive your system once in a while (week-month) and store it on a separate media, for example, a portable hard disk or a flash card. Thus, having picked up a virus on your system, you will be able to get rid of it without losing all the files, but simply returning to the original state that was some time ago.

The fourth way
The most extreme method of getting rid of the virus in your system is to reinstall the OS and format the disk. Since this is the most unpleasant method, you should try using the second method, but if it did not help, then there will be no choice and you will need to reinstall the system at the same time, unfortunately, having lost the files that were previously in your system. However, do not worry using additional utilities you can restore files that have been erased.

How to avoid infection with viruses?

The main methods include the following:

1. Do not download/open suspicious files - most of the system infections are caused by the user himself, because he can download or open the file that was attached in the email or messages of other users. For example, if your friend sent you an email with an attachment, and there should not be an attachment, because there is no point in it, then it should not be opened because this may end up infecting the system

2. Do not visit suspicious resources - every time you visit a site you should make sure that it is safe. To do this just look at its protocol, if it is HTTPS, then the site is safe and you can be on it.

3. Use antiviruses with real-time protection. Despite the fact that this type of antivirus heavily loads the system, due to constant monitoring and scanning for viruses, it prevents viruses from entering the system.

4. Update your system periodically. The company that owns the system, for example Microsoft constantly offers new updates it is worth doing this because each update includes information about new viruses, as well as eliminates vulnerabilities in the system.

5. Use a firewall - it is a kind of antivirus that will not allow you to go to a suspicious site or will block background downloading of files from the site you went to.

6. Periodically create a backup copy of the system. In order not to lose your data and in case of infection, it was possible to roll back the system to its previous state using archiving. Create an archived copy of your system and place it on a removable disk or on a flash card. This way it will be safe from viruses, and you will also be calm because you can always return to the previous state of the system.

In this article, you have read how you can understand that your system is infected, what viruses can be dangerous, as well as what ways it is better to get rid of them and what to do so as not to infect the system. While working on your PC, the main thing to understand is that you need to follow the basics of Internet security and then your data will not be endangered, and the system itself will work stably and for a long time. However, if you did not follow the basics of security and infected the system with a virus, then you should not worry about everything you can handle and a little higher I gave you examples of how to do it better. The basis of the security of your system will be the following items: periodic copying of the system, the use of real-time protection and other items mentioned above.

Remember that everything on the Internet can be considered a potential threat and you need to learn how to distinguish reliable sites from unreliable ones. The more you understand the basics of Internet security, the more safely you can use the Internet.

Using the rules given above, you can not worry about the leakage of your data and about the health of the computer.